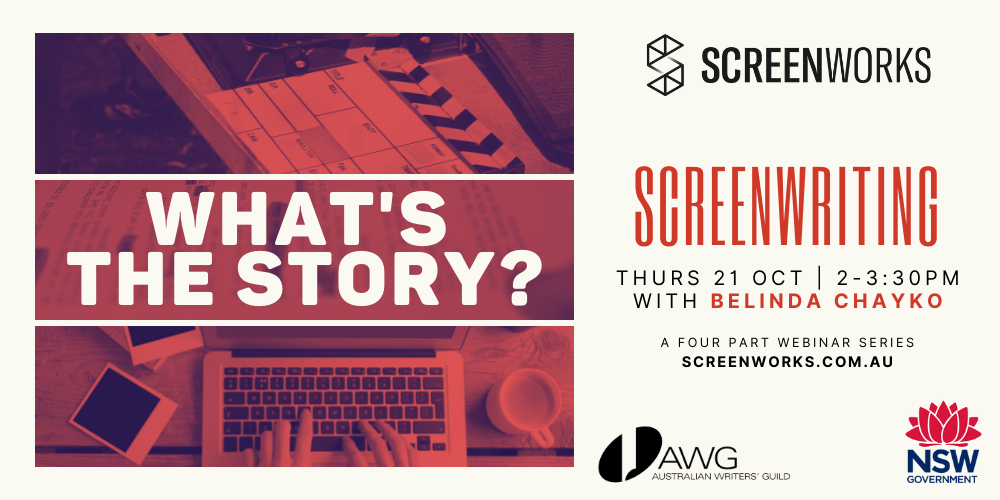 Facilitated by Susie Hamilton, Professional Development Manager at the Australian Writers’ Guild (AWG)​, these sessions will be delivered online via Zoom. Each will be up to 90 minutes long, including plenty of opportunity for online attendees to ask our speakers questions.

Belinda Chayko is an award-winning writer and director of film and television.

Belinda is a writer on the upcoming ABC series Fires, due to be released in September 2021 on ABC and ABC iview. Belinda was the showrunner on Safe Harbour, which won the 2019 International Emmy for best TV Series and the AACTA for best screenplay. Additionally, Safe Harbour was nominated for the Silver Bird Prize at the Seoul International Drama Awards, seven AACTAs and four LOGIEs.

Belinda has written on a number of television projects including Old School (ABC) for Matchbox Pictures, Newton’s Law, and the hugely popular Miss Fisher’s Murder Mysteries (ABC) for Every Cloud Productions

She is in development on several film and television projects.