Why Film in Northern Rivers?

The perfect location for a variety of filming projects The Northern Rivers is serviced by four airports. It is located a one-hour flight from Sydney, a two-hour drive south from Brisbane and are right next door to the Gold Coast with its world class film production facilities. 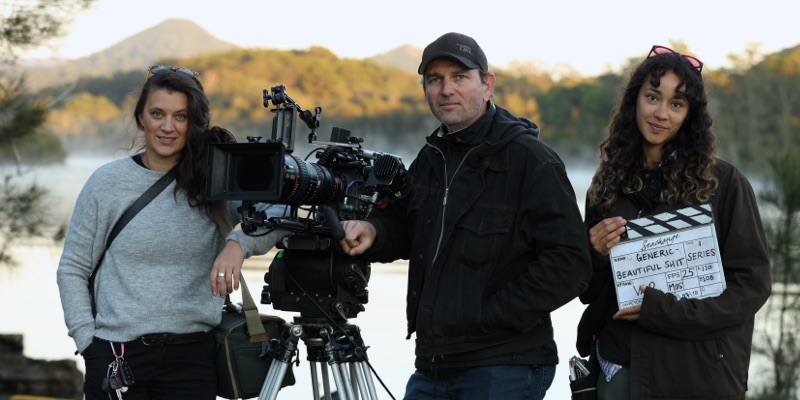 The region is well known as a hotspot for skilled film professionals, with numerous facilities, infrastructure and support services also available. Screenworks can help source what you need. Just some of the recent developments in the Northern Rivers region. Read more articles >

The Northern Rivers screen community continues to excel in shaping and developing the next generation of independent film talent as production begins this month in the Byron Shire on local writer and director Darius Devas’ second feature film, ‘Unravelling’.

In a testament to the enduring currency of indie storytelling and the innovative methods employed by local filmmakers to execute projects, Devas has summoned a group of leading local crew and production talent investing his personal funds to kick-start the pre- and post- production cycle and finance the shoot.

“As a counterpoint to the recent controversy courting the Byron Bay film sector, my production serves to highlight the power of the community of local filmmakers, writers and crew that are dedicated to crafting the unique, rare and insightful narratives that Australian independent film is globally renowned for. We created this film with passion and a credit card, and in defiance of the current limitations we face in terms of available funding for developing one of Byron Shire’s most important resources, creativity,” said Devas, Producer/Director of ‘Unravelling’.

Devas and his producers are looking to raise financing for the completion film and are currently seeking investment from the local community and the screen sector.

The film was developed by Devas in collaboration with the leading actors Cazz Bainbridge, (‘Go With Grace’) and Duncan Ragg (‘Liberty Street’).  The film also stars Australian born, highly demanded international actor Christopher James Baker, who most recently starred in ‘Eden’ and has featured in ‘True Detective’, ‘Ozark’, ‘StarGirl’ and ‘Shades of Blue’.

As a highly regarded emerging local director, Devas is currently part of the Screenworks and Australian Directors Guild’s Director Pathways Program, where he is being mentored by acclaimed director Kim Farrant, who has been instrumental in developing the performance methodology.

The three-week production will be filmed and post -produced entirely in the Northern Rivers region, featuring Goonengerry and iconic Byron Bay locations which play a central role in the film’s narrative.

The intimate drama follows the path of a young couple shifting to the Byron region from the city to live the dream while enduring personal, creative and psychological tests begin to undermine the relationship. As an original Byron resident and Steiner school graduate, Devas draws on his local knowledge of the Byron Shire and the power of the unique landscape on reshaping people’s lives – often to dramatic effect.

“Growing up in Byron as part of a creative community, I have an intimate knowledge of the difficulties we face as artists and creators to get the external support needed for developing local projects and skills while keeping our creatives employed and thriving. We will be running a crowdfunding campaign and enlisting the support of local businesses, like The Local Kollective, to gain momentum before hopefully hitting the international film circuit,” said Devas.

The award winning director recently produced the documentary series, ‘The Common Thread’ and web series ‘Natural Mindful’ for the ABC, documentary ‘Spirit Walker – Clinton’s Walk For Justice’ on NITV and ‘The Word’, a six-part series for ABC iView.

On Thursday the 15th of July 2021 The Local Kollective (https://www.thelocalkollective.co) will host a launch night to introduce the project and the cast and creators to the local community. The Local Kollective is backed by Byron Bay arts patrons and venture capitalists, Joshua Munday and Reginald Wintle.

“The Local Kollective is a local club made up of members that contribute and enhance the experience of one another through idea sharing, mentorship, cross-collaboration and partnership. Unravelling is the perfect vehicle to bring the support of TLK to a locally produced creative venture,” said Reg Wintle, founder of The Local Kollective.

Nathan Anderson started in the entertainment industry working on films including The Matrix and in recent times has attracted global attention as co-founder of Start Beyond, a VR studio which produced groundbreaking titles including Awake Episode One, Wentworth VR, Atlas Obscura VR and VR Noir in partnership with industry leaders including Animal Logic (producers of Happy Feet, The Lego Movie), Microsoft and Fremantle (producers of Wentworth, Australia’s Got Talent, Grand Designs).

New Canvas has acquired these high-profile entertainment projects developed at Start Beyond www.startbeyond.co (previously Start VR) and has a full slate of upcoming projects. While at Start Beyond, Nathan headed up the inaugural VR Residency program with support from Screen Australia’s Enterprise Ideas program.  Two ground-breaking new productions are currently in development from these residencies.  The first is Lustration, a collaboration with Ryan Griffen, the creator of Cleverman (ABC / Sundance), which is being co-produced by Gestalt Publishing with support from Screenwest; second is a stage opera to VR adaptation working with highly regarded theatre and tv director, Leticia Cáceres plus a range of other co-productions with Australian and international media practitioners.

Screenworks CEO, Ken Crouch says the establishment of New Canvas in the Northern Rivers is a win for the region. “It’s really exciting to have this cutting edge VR entertainment company based in Byron Bay, headed by an industry leader whose work over the last decade has been recognised internationally as best in class across VR, transmedia and multiplatform production”, said Ken.

“Byron Bay is a fertile space for creative thinking and has a lot of great talent in all disciplines of media and technology. Over and above just an attractive filming location, this area has the potential to really contribute on a global scale. New Canvas aims to build on the work already underway to make this area a sustainable, vibrant and important media industry hub,” Nathan said

“New Canvas is intended to be an incubator for truly innovative and creative work, where we can be highly experimental with content choices and technology, to develop the next wave of visual storytelling and filmmaking in a high tech virtual reality environment.”

For more info on New Canvas projects visit www.newcanvas.co or follow on https://www.linkedin.com/company/newcanvas or https://www.facebook.com/NewCanvasXR/

We’ll provide advice about filming in the region, connect you with professional screen practitioners, discuss local council requirements and put you in contact with the film liaison officer for each local government authority. 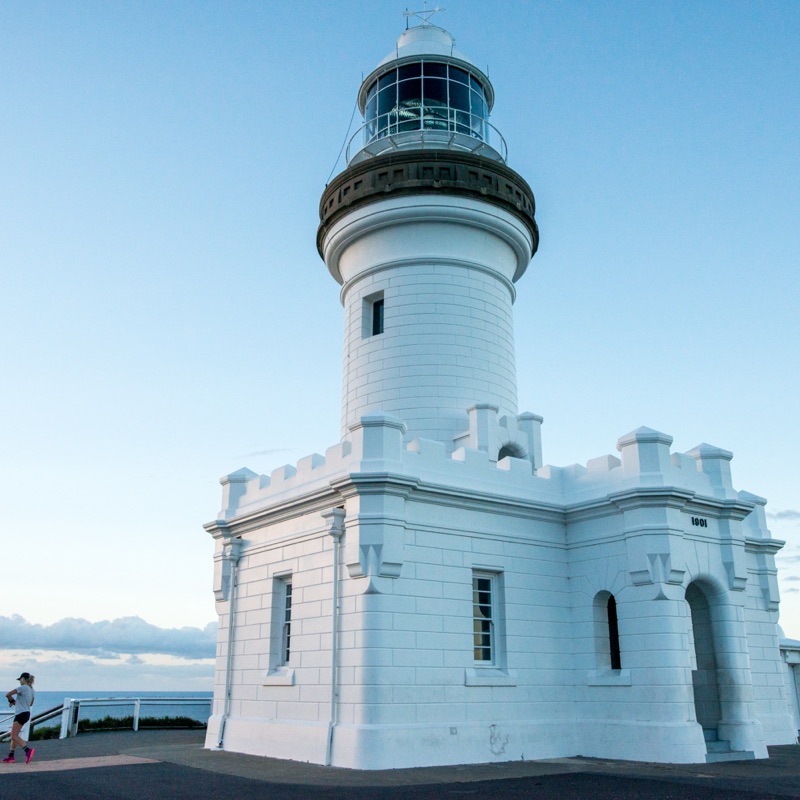 The Byron Shire is a wonderful location, with coastal and hinterland diversity.

Locations include villages and hamlets, pristine beaches and estuaries, rivers, sub-tropical rainforest, agricultural farms producing coffee, macadamia nuts, blueberries, bananas and many other products. The Shire features a ridge-line approximately 2 – 5kms from the beach which provides an amazing backdrop of spectacular views over the coast. The Shire is also the centre of an area where there are many interesting locations as filming alternatives including tourist attractions, farming communities, coastal townships and lush countryside views. 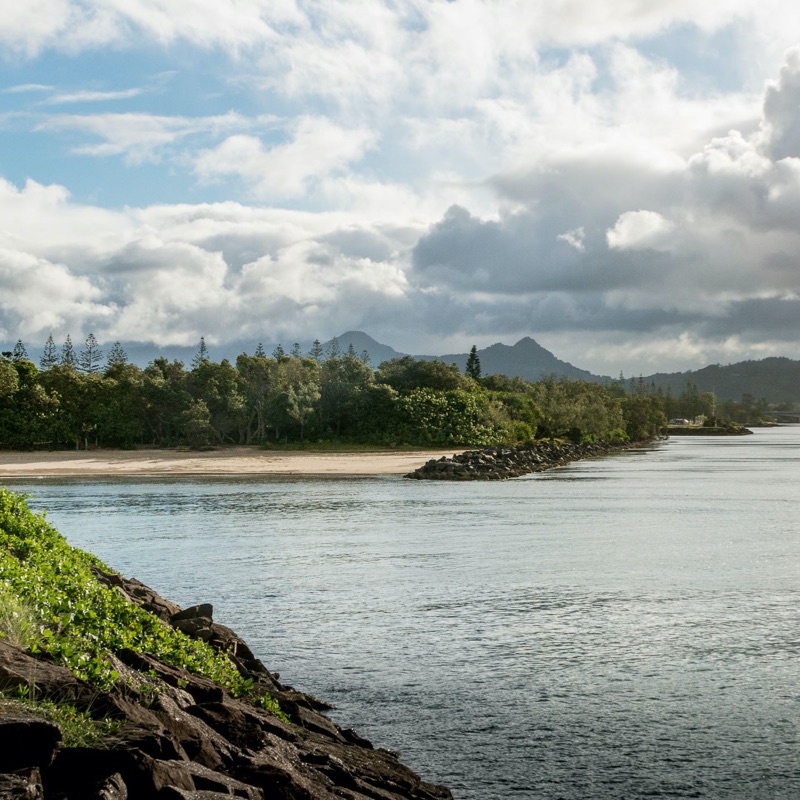 Located in the Northern Rivers region on the far north coast with lush tropical rainforests, 32kms of pristine sandy beaches and crystal clear waterways, endless streams, lakes and estuaries, waterfalls and the vast reaches of the Richmond River, the Ballina Coast and Hinterland is truly a natural wonder. There are a number of breathtaking headland lookouts and coastal walkways that have been used in a variety of filming productions and there is easy access to Seven Mile Beach and South Ballina Beach to capture the perfect beach shot. Away from the coast, our hinterland is dotted with charming historical villages, lush rolling hills, rainforests and majestic valleys surrounded by farmland reminiscent of the Tuscan countryside. One hour drive south of the Gold Coast, two-hour drive south of Brisbane. Ballina-Byron Gateway Airport has daily flights to Sydney, Melbourne and Newcastle. 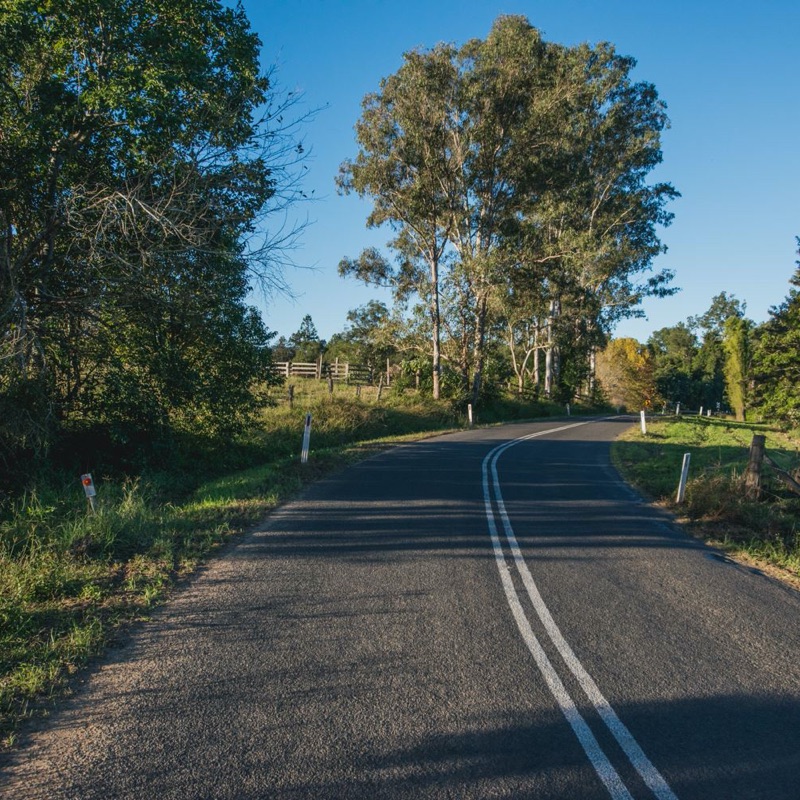 Lismore is the heart of the colourful Northern Rivers region, and known for its diverse community and outstanding natural beauty.

The city is located within rich farmland and is flanked by beautiful beaches and ancient rainforests. It is just 45 minutes from the world-famous holiday destination Byron Bay, 30 minutes from the world-famous alternative lifestyle capital Nimbin and a two-and-a-half-hour drive from Queensland’s capital city, Brisbane. Lismore is home to a diverse range of people from all walks of life and has a character that is vibrant and individual. The region is more broadly known as the Rainbow Region in honour of its diversity. 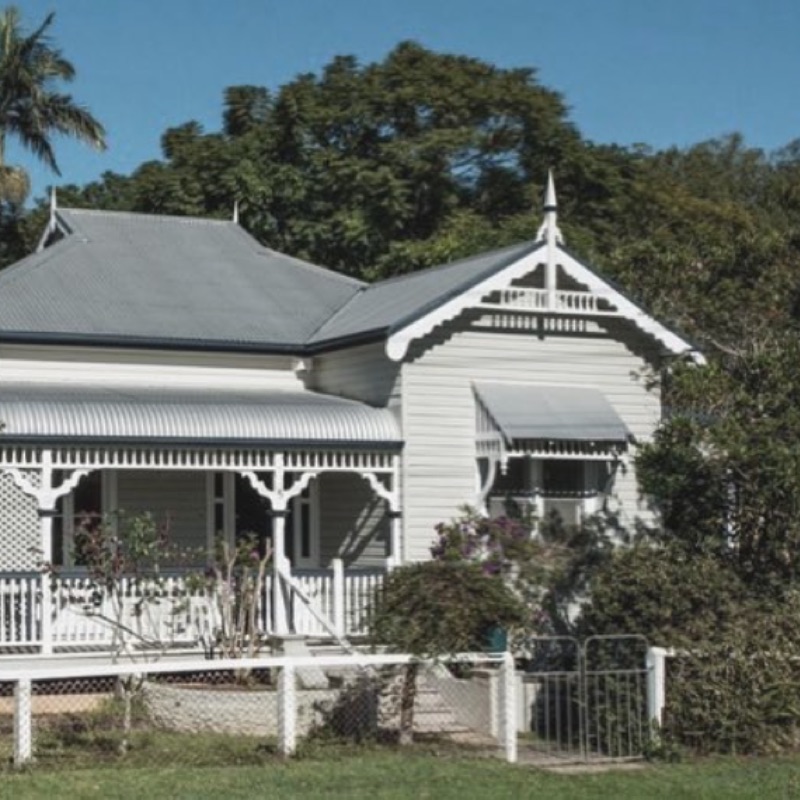 We’re passionate about our local area. Yes, we’ve got it all, from pristine beaches to country vistas, historic towns to contemporary coastal villages. And we know there are plenty of locations for you to get that hero shot. Just like other destinations, we think ours is the best and the most beautiful. So if you want what the others have – that’s great…but we’re maybe just what you need. Clarence Valley Council welcomes filming and our helpful team has plenty of local knowledge to assist and guide your production no matter how big or small. Check out the Clarence Valley area ‘Look Book’ 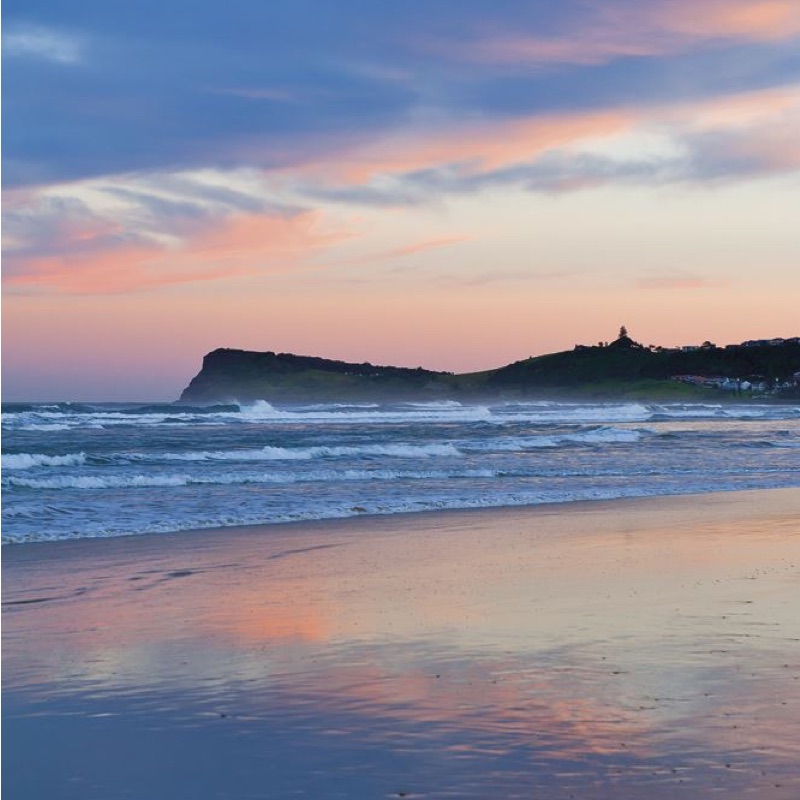 The Richmond Valley region is very diverse, extending from the Pacific Ocean at Evans Head through to the World Heritage Listed National Parks of the Border and Richmond Ranges. Generally, though it consists of rural and agricultural scenery nestled along the Richmond River Valley. The bustling regional centre of Casino services the region.

The Richmond Valley region is very diverse, extending from the Pacific Ocean at Evans Head through to the World Heritage Listed National Parks of the Border and Richmond Ranges. The majority of the valley consists of rural and agricultural scenery nestled along the Richmond River Valley. We have many little villages ranging from 400 people up to 3,00. The bustling regional centre of Casino services the region. 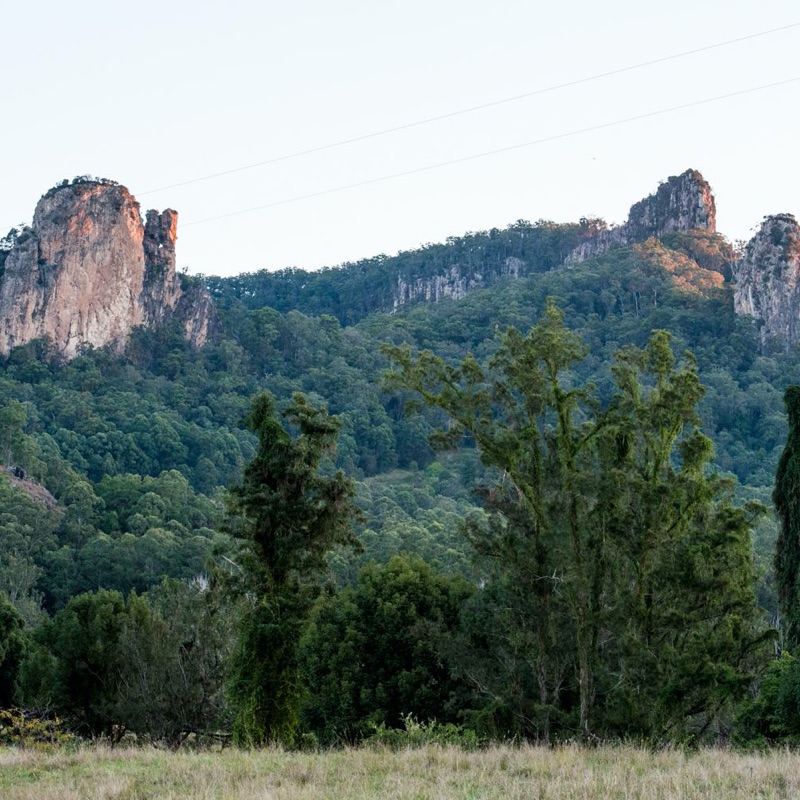 “I had the privilege of visiting the Northern Rivers region to deliver a masterclass for Screenworks on screen composing. During my time in the region I was introduced to the rich, diverse and talented film-making industry the region has to offer. Spanning all the way from the unique perspectives of the film makers in all areas of production and post-production, to the world class facilities available. The opportunities that Screenworks provides to enrich this industry are a big part of this active, creative and unique, cultural screen hub.” 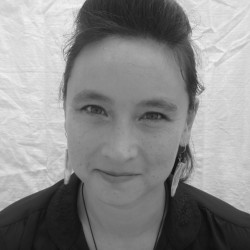 We’ll connect you with the relevant people and provide access to materials to support your screen business development.