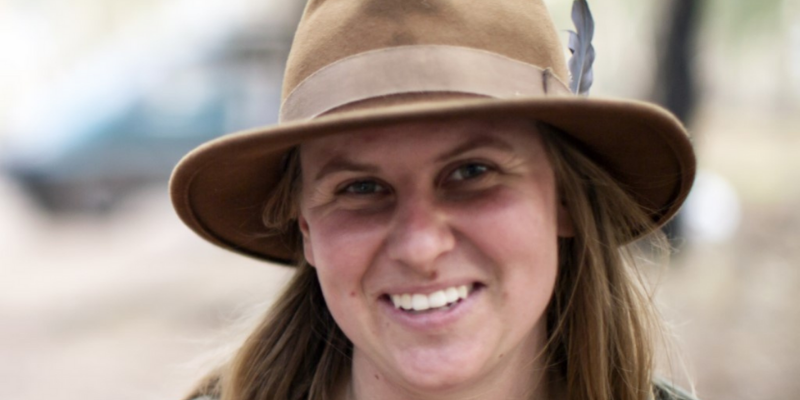 Chanel Bowen from Dunsborough in the Margaret River region of Western Australia has been announced as the recipient of Screenworks Regional Screen In LA Program – The Animal Logic Entertainment Internship supported by Australians in Film (AiF). Chanel has been selected by Animal Logic Entertainment (ALE) to undertake a two-month internship in screen development and producing in late 2022, out of its Los Angeles office.

Felicity Staunton, VP Development &amp; Production, Animal Logic Entertainment said, “Storytellers may be drawn to global entertainment hubs, but they can be found in every corner of Australia. Chanel represents the ever evolving face of film development and production and we are excited to invite her into our team, bringing with her a fresh point of view on storytelling and a genuine passion for bringing Australian stories to the world.”

Screenworks CEO Ken Crouch said, “It seems like a lifetime since we called for applications for the 2020 Regional Screen In LA Program, but I remember that there were so many strong applications for this opportunity and that it was a very difficult decision to choose only one intern. We are delighted to see that, after so many challenges that COVID has put in front of us all, Chanel will now have the chance to build upon her strong commitment to a career in the screen industry with this opportunity. All of our team are looking forward to supporting her through this program and beyond.”

Peter Ritchie, Executive Director of Australians in Film said, “Since 2014, AiF has been working with Animal Logic Entertainment, providing this unique world-class professional development opportunity to a recent Australian graduate or undergraduate who wishes to pursue a career in screen development or producing. In 2020, we offered the internship to a regional screen professional through Screenworks Regional Screen In LA program. We are thrilled to be supporting Chanel as she embarks on this potential career-defining placement in Los Angeles.”

On receiving the news that she had been selected for this opportunity Chanel Bowen said, “I’m so grateful to Screenworks, Animal Logic Entertainment, Truant Pictures and Australians in Film for this opportunity. I’ve always been interested in the international sphere of our industry and I’mlooking forward to experiencing it. I’m especially appreciative of their ability to understand my choice of following assistant directing towards my long term goal and their passion for providing these experiences to regional and disabled practitioners. I’m also grateful to Screenwest for supporting me to attend the announcement in person at the Screenworks’ Regional to Global Screen Forum.”

Chanel graduated from Curtin University in 2016 with a Bachelor of Arts (Film and Television) and a Bachelor of Commerce (International Business and Accounting). Since graduating she has worked to solidify her standing in the film industry and was employed as a 3 rd AD on various productions including RAMS, The Heights, Mystery Road and Blueback, having also worked as an AD attachment on High Ground and a production attachment on the feature film Go.

Chanel will now be provided with the career escalating opportunity to work with the team of brilliant storytellers in the Los Angeles office of ALE (Legend of the Guardians: The Owls of Ga’Hoole, Peter Rabbit, Peter Rabbit 2) and Truant Pictures, the live-action specialty division of Animal Logic Studios. The two-month internship will involve all aspects of international feature film development, acquisitions, packaging and production. As part of the Regional Screen In LA Program, Chanel will receive:

– a USD$10,000 Internship Fee to help cover rent, food and transport costs while in Los Angeles for 2 months.
– a return economy airfare to Los Angeles and support in the lead up to the internship to arrange travel and secure the appropriate visa.
– AiF will provide support and access while Chanel is in Los Angeles and will help arrange industry support and networking, including a welcome to LA drinks and lunch.
– Chanel will also receive a complimentary 12-month industry membership to AiF and 12-month Screenworks membership, along with receiving post-residency support from Screenworks.

AiF internship programs have been running at ALE for the past five years and recipients have gone on to successful careers in the Australian and international screen industries, including Sleena Wilson (Black Bear Pictures) and Lauren Brown (Ludo Pictures).

This is the second year that Screenworks has run a Regional Screen In LA Program with AiF. Screenwriter Josh Tyler (co-writer of Top End Wedding) from regional Victoria was the inaugural recipient. This is the first time that Screenworks and AiF have partnered with ALE for the Regional Screen In LA Program to provide an unparalleled career development opportunity to an undergraduate or recent graduate living in Regional Australia.