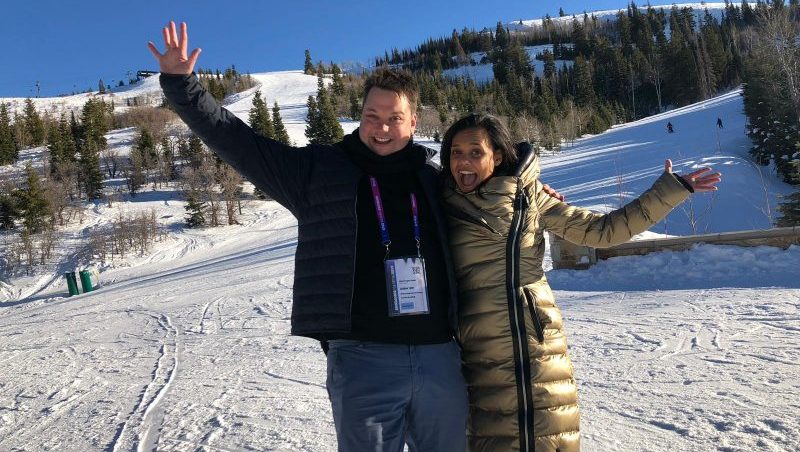 Regional screen industry organisation Screenworks and Los Angeles-based Australians in Film (AiF) have today announced country Victorian screenwriter, Joshua Tyler, as the inaugural recipient of the Regional Screen in LA Scholarship Program. As part of the scholarship, Joshua will undertake a 4-week residency at Charlie’s, AiF’s industry incubator in Los Angeles, receive personalised sessions with industry consultants, and be introduced to Hollywood executives and creatives while in the US.

“It’s fantastic to announce Joshua Tyler as the inaugural recipient of our new Regional Screen in LA Scholarship Program” said Screenworks’ CEO Ken Crouch, “Joshua has already achieved amazing early-career success across multiple story-telling platforms including Top End Wedding, which has recently had its world premiere at the prestigious 2019 Sundance Film Festival and shows strong potential to be a significant  Australian talent.

“Our independent assessment panel and judges agreed that Joshua presented a very impressive application and is at a pivotal time in his career so will be able to maximise the benefits of the Regional Screen in LA opportunity” said Mr Crouch.

Chairman of Australians in Film Simonne Overend said; “Coming to LA without the support and structure of the AiF creative community can be challenging. This scholarship is so vital for screen creatives hoping to connect to a global audience. We are looking forward to welcoming Joshua into the AiF fold, and working with him to achieve his career and project goals, post the Sundance premiere of Top End Wedding.”

For Joshua Tyler the news couldn’t have come at a better time. “I am so thrilled to be given this opportunity by Screenworks and Australians In Film! The Regional Screen in LA Scholarship has come at a perfect time as I aim to use the release of Top End Wedding to help open doors on the world stage” explained Mr Tyler.

“I have a number of film and TV projects in the pipeline that will benefit enormously from this unique scholarship and hopefully the knowledge and networks I acquire in LA can also aid the wider community of artists living in regional Australia.”

Having grown up in the Barossa Valley in South Australia, Joshua has lived in Adelaide, Melbourne and Sydney before moving to Kyneton in regional Victoria 5 years ago. Joshua has overcome many challenges to establish a screenwriting career in a regional setting while raising a family and is excited about taking the next steps towards a sustainable international career.

“Living regionally has always felt right for my family and me, however, finding a work-life-balance has come at a cost professionally. On the flipside, living in the country also has great benefits creativity, it is no coincidence that many writers seek the space of a rural setting for their work.

“It is incredible that Screenworks acknowledges the challenges for regional artists and works to help regional practitioners overcome them with these types of opportunities” added Mr Tyler.

This is the first year that Screenworks and AiF have offer this international opportunity for regional screen practitioners and they have committed to the program for at least 3 years.

“Screenworks was very impressed by the high standard of applications that we received for the first year of this program and are excited by the incredible breadth of talent we have in regional, rural and remote Australia” said Mr Crouch.

For more information about the Regional Screen in LA Scholarship Program, go to www.screenworks.com.au/event/regional-screen-in-la-scholarship/

Joshua Tyler is a writer and actor. Joshua co-wrote the film ‘Top End Wedding’ with Miranda Tapsell, directed by Wayne Blair, produced by Goalpost Pictures and distributed by Universal and Eone. ‘Top End Wedding’ premièred at the 2019 Sundance Film Festival to rave reviews and is due for release on May 2nd.

Joshua has a Master of Arts (Screenwriting) from The Australian Film Television & Radio School and an Advanced Diploma of Arts (Acting) from Adelaide College of the Arts. Joshua currently has two feature films in development and a television drama series.