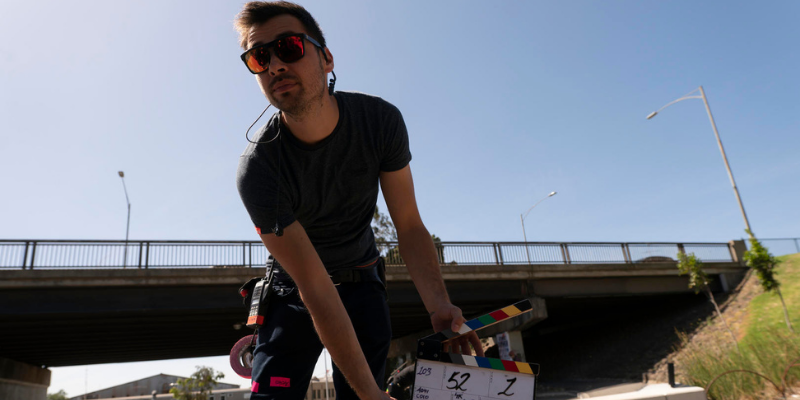 Netflix, Screenworks, and the NSW Government are partnering to provide free training for up-and-coming creatives looking to make their start in the screen industry.

Delivered by Screenworks, backed by an investment of $500,000 from Netflix, and supported by the NSW Government, the Program will also provide placements and work experience on real productions with the goal of creating new career pathways in the field for regional people.

“For over 20 years Screenworks has been supporting and developing the screen industry and talent in this region and this program will provide a substantial boost to our efforts to address key skills gaps. We anticipate this initial three-year pilot project will be a springboard for rolling out similar programs across regional Australia.”

“Australia’s content production ecosystem has a fantastic reputation, but it’s essential that the industry is creating a pipeline of up-and-coming, skilled professionals to service this production boom, especially in the regions,” Ms Richards said.

“We’ve entered into this new partnership to ensure people in regional Australia, particularly those from diverse or underrepresented backgrounds, can share the benefit of the increasing production activity and employment opportunities, and to ensure a positive impact in their communities for many years to come.”

“A pilot program will commence in Northern NSW initially, to capitalise on the jobs that will be created by the Byron Studios and proposed Pacific Bay Studios in Coffs Harbour,” Mr Lee said.

“This partnership will directly address crewing skills gaps that have been identified in the region including for roles such as camera and light operators, production accountants and location managers.”

Minister for Arts Don Harwin commended the partnership and encouraged locals in Northern NSW to apply for the program.

“The NSW Government through Screen NSW has supported Screenworks for many years, as they continue to provide this suite of unmatched career opportunities for emerging filmmakers in the Northern Rivers region and beyond,” Mr Harwin said.

“I am delighted that Netflix has chosen to join forces with Screenworks to deliver these tailored traineeships, which I know will ensure that regional voices are front and centre in the screen industry, and I encourage all aspiring filmmakers and screen creatives in Northern NSW to apply.”

The program is made up of three key components:

Production companies and heads of departments interested in taking on trainee placements in 2022, can contact Screenworks via email trainees@screenworks.com.au. People in the Northern NSW region interested in the traineeships or skill set training should sign up to the Screenworks newsletter. Screenworks is also currently advertising for a Projects Assistant to work on the Program.