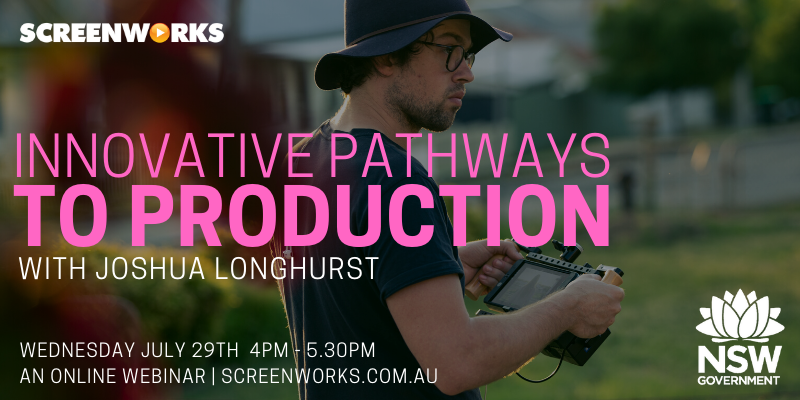 Joshua Longhurst is an early career creative who is seeing success; his short films have won awards, he was a recipient of the Screen NSW and SBS Generator: Emerging Filmmakers Fund and has had more than 2.5 million views of the pilot episode of his comedy series Ding Dong I’m Gay on Youtube – and that’s just a part of his story.

In this webinar, Joshua will share the strategies that he put in place on his journey to success as he outlines his innovative pathway to production.

In an industry that doesn’t reveal itself easily and is often secretive, Joshua Longhurst will discuss the current landscape and how as an emerging content creator he approached developing and financing content. He was encouraged to think strategically, to be responsive and adapt to change. These strategies have been vital for him in developing, financing and creating new work. He credits his success to being inquisitive, agile and collaborative.

Topics that will be covered include:

Joshua Longhurst is an award-winning filmmaker, a co-founder of independent production company Wintergarden Pictures and a producing graduate of the Australian Film Television and Radio School (AFTRS).

Joshua is a producer and co-director of the comedy series, Ding Dong I’m Gay (2020), which received development and production investment from Screen Australia and Screen NSW. The proof of concept has over 2.5 million views on YouTube. In 2020, Joshua received the Screen NSW Emerging Producer Placement.

This event is made possible with funding and support from Screen NSW and Southern Cross University.